My autonomic nervous system works as though I live in an episode of the Walking Dead. I am in a near-constant state of fight or flight.

OK, I lied, just flight. It’s all flight. If the phone rings or someone knocks on the door, I jump, then hide under the bed. I actually keep my phone ringer because hearing it ring can cause a mini-panic attack.

I have a debilitatingly bad sense of direction. (I’m convinced I have disorder that causes me to get lost called Topical Disorientation.) So, if I need to drive someplace out of my familiar haunts, I worry about it for at least a week in advance.

I just served jury duty. In the weeks between the summons and the date of my duty, I panicked every time I saw the notice on the fridge. My terror had nothing to do with whether or not I would be picked (I was) and everything to do with getting to the courthouse and parking and being there on time.

Whenever I travel, I dream about missing my flights or not being able to park or missing an exit to the airport, even though I’ve been there a hundred times. I’m not at all afraid to fly.

See  that? I’m not afraid of dying, just of having my spirit hurt or killed.

When I first published my book, I was terrified.  Then, a remarkable thing happened: Nothing.

I didn’t do any kind of marketing, and my book stayed hidden in the shadows where it would be safe.

I realized shortly after that I published too soon. It needed cutting, editing, a better title, a better cover. I decided I would do all that, then market. Except…I didn’t. I wrote more. I blogged more. I dragged my feet.

Writing isn’t (necessarily) hard. People write to get out what they need to say. For me, the process of writing my first book was almost 100% pleasure. It was a joyride. And the result is so precious to me. Like everyone else who writes, I feel like these words and characters are part of my soul. And now it exists in the same world with people who are unabashedly, proudly and terribly mean.

Maybe that’s what I need, to let the worst happen and see how I am afterward. Maybe I’ll get spirit calluses. Maybe my spirit will do surprising and lovely things if I let it experience this, like a tree on a windswept landscape. What if my spirit has a blue sapphire heart that can only shine when the silvery outside is worn off? It’s possible, I suppose. But oh how scary.

Well, I finally made myself pick up my feet and stop making excuses and inviting distractions. My book is done. It is cut, re-edited, retitled, recovered (thank you Lori Follett), and republished. 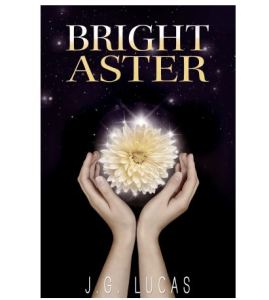 Here it is, available on Amazon and here on Amazon UK, soon to be available in paperback. (No really! Soon – it’s formatted and saved to PDF, I’m just waiting my full wrap cover from my amazing cover artist.)

Now, off to market it. Time to drag it out of the shadows and see what it and my spirit can survive.

P.S. Other things I fear:

No, not that. Get your mind out of the gutter. OK, maybe a little that, but this isn’t that kind of blog. 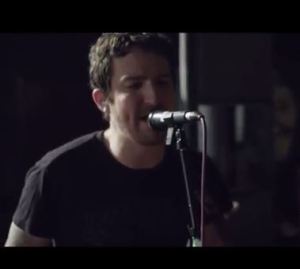 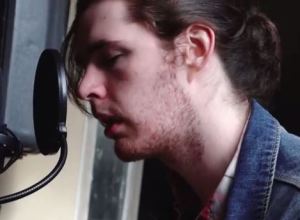 Hozier – It Will Come Back

There’s a word for that, you know? The emotional release you get from swearing. It’s called lalochezia, and it is a thing.

I like art that is imperfectly perfect with rough surfaces and dark lines and things that look like mistakes but aren’t. 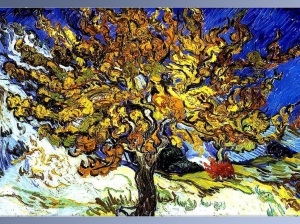 And I like homes that look lived in. Even if I was a naturally tidy person, which I clearly am not, my house would never be perfectly tidy, because I live in it. And so does my spouse and child. We LIVE in the house. We run around inside and do “science” projects and eat spaghetti here. We dance and wrestle with stuffed animals and spill cereal. There are patches in the walls and loose floorboards and books EVERWHERE.

I know people with perfect manners and perfect hair and perfect morals who can freeze your soul if you stand too close to them. Or people who are so sure they have it all figured out that trying to talk to them is like trying to walk on wet ice. There’s nothing to grab onto, nowhere to go and no way to get there.

According to Facebook, there are a lot of perfect kids out there, poor dears. They excel at everything, tops of their class, they do the dishes without being asked and never pout or raise their voices.

My kid likes to run around in his underwear and say “fart” a lot. What can you expect from my kid? He cleans up beautifully; he has the most disarming big grey, green, brown eyes, and the longest eyelashes you’ve ever seen. And I do love to see him nice and tidy, but I don’t know. When he has spaghetti sauce on his face, everything he says just seems cuter.

I don’t want him to think he has to be perfect, and really there is no worry about that. He knows.

I’m an imperfect friend. When you’re upset, I won’t give you solutions or advice or even reassurance. I will say, “OH MY GOD! THAT SUCKS!”

*unless I’ve made a solemn vow to save you from yourself. I keep my vows.

I’ll do all that because my friends would do that for me. I have surrounded myself with wonderful people who understand that real is so much better than perfect. I’m so lucky to love people who know that it’s better to cry and shout and swear and laugh than sit in a prison made of “appropriate” and “polite” and God help me, “feminine.”

I’m not just stuck with writing and blogging, I’m stalled at work, my house is a mess, and I’m not even sleeping.

A combination of outrage fatigue (a brilliant term coined by The Onion) and a nasty stomach bug have stolen my creativity. Honestly, the Indiana and Arizona laws have me so disturbed, I feel like they caused my stomach bug, or at least made me more susceptible to it and slower to heal from it.

I feel like I need to say something about this. I need to use my words. Couldn’t I make a difference? At least to myself?

There was a national outcry against the Indiana law, and it did make a difference. There were petitions, phone calls, people took to social media. There was this:

I would like to think that was what sent Mike Pence back to make provisions to protect LGBT rights (a little). But it was probably the CEOs and managers of major corporations, Universities and the NCAA speaking up that did it.

Don’t get me wrong, I’m REALLY glad that happened and it made a difference. It’s just troublesome that the law passed in the first place, and the similar law in Arizona almost passed, given the public outcry against them. And it’s troublesome that it took economic threats to make politicians consider human rights.

I’ve read some really eloquent, passionate and convincing articles speaking out against the laws from both non-Christians and Christians. I think they must help, and maybe they do, but because I am a masochist, I read the comments.

The people who hate will not be convinced by anything. Their arguments are not based on reason or logic. They aren’t even arguments, just different ways of saying hateful things.

What is there to say, then? Nothing to them, I think. Hateful people are happiest when they are hating. They will seek the “information” that reinforces how they already feel.

So I will say this to my gay, lesbian and bisexual friends and family:

I love you so much. I love you, and I’m sorry your right to exist is on the fucking news all the time as part of a political agenda.

I love you, and if you think there is something I can say or do that is different or that can help, please tell me. Please.

I am CONSTANTLY humbled by your ability to be such caring wonderful people despite all that you see and hear and put up with.

When things like what has happened over the past couple of weeks hit the news, I have the luxury of being outraged, and whining about my “outrage fatigue.”

I don’t have the daily worry about being fired or targeted for a verbal or physical attack because of who my partner is. I understand that I don’t even understand all the ways you have to live differently from me to either keep yourselves physically safe or keep your souls from beings suffocated.

My gay, lesbian and bisexual friends and family are some of the best people I know. Because you are, I am guilty of a prejudice, and I apologize. I tend to like GBLTQIA people when I first meet them (granted, I live in the south, so not many people feel safe being out here).

I know that this automatic liking is as unfair as an automatic disliking. Everyone deserves the right to be a jerk. I try to be mindful of that, but maybe I seem safer to some because I know you. That can’t be a bad thing, right?

Anyway, there it is. I will keep watching, speaking up where I can, and trying to understand. Thank you for being a treasured part of my life.